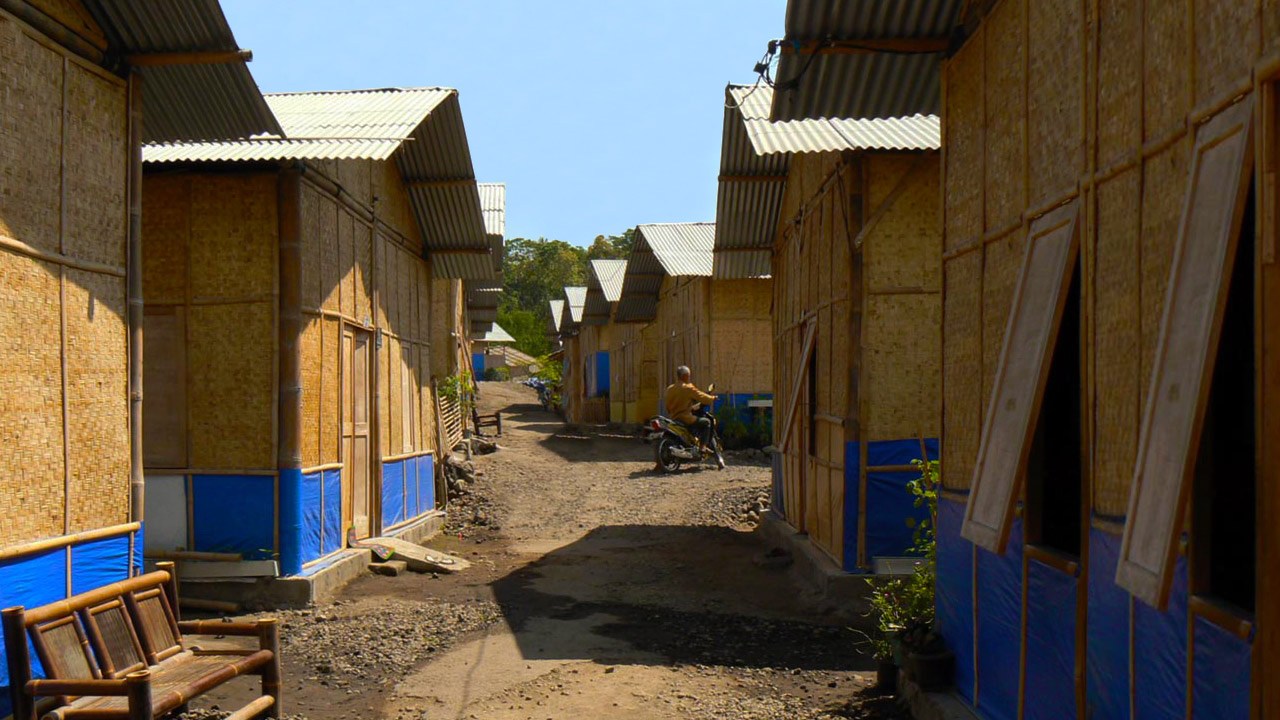 Open for students and professionals of Architecture and Building Science, as well as for the departments of Structural Engineering and Earthquake Engineering. Both disciplines need to work together in order to make useful and realistic designs that can withstand earthquakes. Send us an email to request the full assignment sheet via this link.

Past and current research:
2011 – 2012: group of 15 Architecture students at UII in Yogyakarta, Indonesia

Roughly every 3 to 4 years a huge natural disaster is globally televised and gets the full attention of the international aid community. In 2004 it was the Southeast Asian tsunami, in 2010 all focus was on Haiti, and since 2015 this is the case in Nepal. Large amounts of international money is donated for the reconstruction efforts in these areas, which takes many years. In terms of housing, the aim is to rebuild permanent houses, but that goal is seldom met.

Unfortunately not every disaster gets that much attention. Such as the 2005 Kashmir earthquake that rendered 3 million people homeless. Or the 2009 Padang earthquake in Sumatra (where an equal amount of buildings got damaged similar to Haiti a year later). These countries only received a very tiny portion of foreign aid. So what to do when the crisis caravan passes your area and no money is made available for rebuilding your house?

The first and immediate action after a disaster is the provision of tents, which is generally followed by some means of T-shelter, where T stands for Temporary or Transitional. Commonly seen examples are wooden shacks, bamboo huts or tin sheet rooms. When funds are limited, this may be the only provision offered at all. Meaning that temporary then becomes permanent. History shows that is very often the case.

This assignments wants to investigate a more creative and efficient use of the available funds, by providing a solution in-between these two stages. Instead of building several spaces with less quality, can we build at least one good quality room, where people can live with dignity and are safe from the outside elements?

For example we can design one core room, preferably with an attached kitchen, bathroom and adequate water and energy supply. So that, whenever the family has saved some money, they can extend it themselves according to their own preferences. We can find more such solutions, such as core houses and incremental housing strategies.

Not only must we look at spatial strategies and creative material solutions. We also have to develop concepts that ensures the structural safety of any future addition. To make sure that the core is earthquake resistant, and any extensions as well.